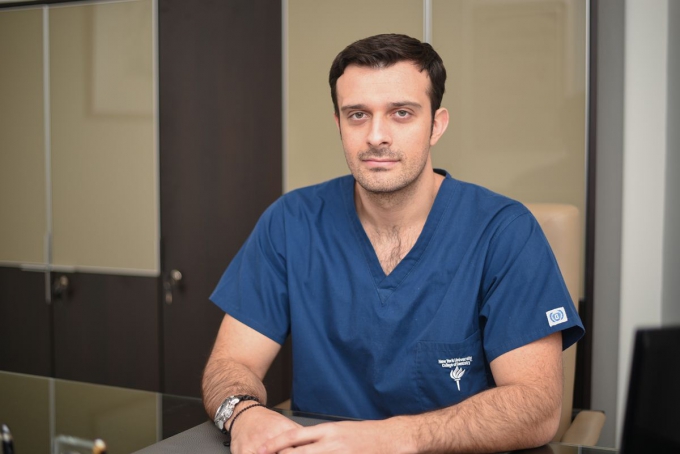 Dr Nikos Kechagias graduated from Semmelweis University where he obtained the title of Dr Medical Dentist (DMD) on July 2009.

Later, he served as a dental surgeon in the Airforce.

At the same time he attended several seminars about osseointergration and of soft tissues manipulation by PRGF procedure in Mainheim Germany.

In 2012 he completed his post graduate studies in implantology at the New York University (NYU college of dentistry).

He has attended multiple dental seminars and conferences regarding aesthetic dentistry as well as implantology.

In 2009 he started his own private clinics in the area of Holargos and N.Smyrni.